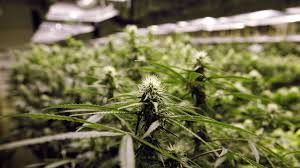 Allowing folks to grow their own marijuana without fear of criminal prosecution is part of the ballot proposal that voters approved on Tuesday, but getting the materials needed to start a home-grow may be a challenge for budding horticulturists.

Until the recreational marijuana market gets up and running, one option is to get seeds or marijuana clones from someone already growing marijuana for medical use. But those items can only be given away, not sold. Or you can buy seeds online, though that will put home growers at risk of violating federal law.

Marijuana use, possession and growing become legal in Michigan 10 days after the Board of Canvassers certifies the election results, which should be sometime in December.

But actual marijuana, along with the seeds and cannabis cuttings used for home grows, won’t be commercially available for sale until the state Department of Licensing and Regulation develops the rules governing the adult recreational market. And that won’t happen until probably early 2020.

The ballot proposal allows people at least 21 to grow up to 12 plants for personal use as long as they don’t sell any of the pot. But how does one start a personal grow without easy access to seeds or plants?

Marijuana seeds are available for sale online. But shipping that product across state lines is still considered a crime because the federal government classifies marijuana as an illegal substance.

“Absolutely — nothing is legal when it’s shipped across state lines,” said Barton Morris, a Royal Oak attorney specializing in the laws surrounding the marijuana industry.
Caregivers, who have been legally growing medical marijuana under a 2008 Michigan law passed by voters, can give away marijuana, seeds and clones — rooted cuttings from existing marijuana plants — but under the ballot proposal passed on Tuesday, they can’t accept payment for those items. And they can’t give it away to anyone under the age of 21.