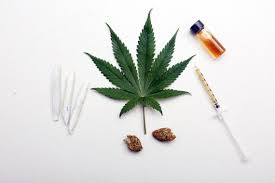 The Missouri Department of Health and Senior Services will spend months developing rules before the first medical marijuana card is even applied for, much less granted. It will take even longer before anyone can apply to sell it.

Those rule-making processes haven’t always gone smoothly in the other 31 states that have legalized medical marijuana. This summer, after Oklahoma voters passed it, the state’s health department tried to enact strict restrictions — including banning smoke-able products. Pro-marijuana groups filed a pair of lawsuits and the state attorney general said the health department had overstepped its bounds and new rules had to be written.

Jack Cardetti of a New Approach Missouri, the group that pushed for legalization, said it tried to model its constitutional amendment on states where the rollout was smoothest. But he said it will still probably be late 2019 or early 2020 before anyone can walk into a dispensary in Missouri and buy medical marijuana.

What to Expect and When

“By June the Missouri health department must create a marijuana card application form that patients can bring to their doctors. It’s unclear right now whether the forms will require the doctors to explicitly recommend marijuana or just confirm the patients have a medical condition that qualifies them for marijuana”

“Also, by June the state must provide application forms for people who want to grow medical marijuana, infuse it into oils and edible products or sell it in any form, whether raw plant, edible or otherwise”

“By July the state must start accepting and evaluating medical marijuana card applications from patients. State health officials will have 30 days to determine if they qualify.”

“By August the state must start accepting and evaluating cultivation, infusion and dispensary licenses. State officials will have 150 days to determine who qualifies.”

As the state is writing its regulations, local governments may be writing their own. Amendment 2 doesn’t allow cities and counties to ban dispensaries within their borders, but it does allow them to limit things like where they’re located and what hours they’re open.