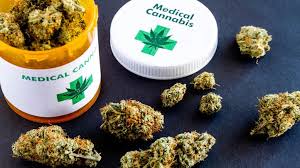 The Chairman of the National Legislative Assembly spoke about the country’s quality of marijuana claiming it to be the best in the world. Jet Sirathraanon is pushing to the committee of public health to legalize cannabis for medical use.

The draft bill has been passed on to the legislative body with reports claiming the review will be next month.

“According to Sirathraanon, Thailand has long sat by the sidelines as other countries such as Canada and Uruguay have cashed in on legalizing the drug. In 2017, the global medical marijuana market was estimated to have generated $11.8 billion in revenue.”

“Marijuana was once classified as a traditional herbal medicine in Thailand, with its use in medicine dating back to the 17th century. However, it was re-categorized as a class 5 narcotic under the 1979 Narcotic Drugs Act, which prohibited the production, consumption, sale, and possession of cannabis.”

Sirathraanon suggests that the cannabis plant flourished in the “Golden Triangle” which is the area bordering Thailand, Laos and Myanmar. The difference between Thai marijuana and most Vietnamese and Cambodian cannabis, was the difference between bathtub corn whiskey and single malt scotch. In 1967, one amazed DEA agent called it “the Cuban cigar of the marijuana world.”

Drug laws remain extremely stiff in most parts of Asia. In Singapore and Malaysia, drug trafficking has carried the death penalty, while South Korea has made it illegal for its nationals to use weed abroad in jurisdictions where it’s legal. Thailand, however, has been moving in the opposite direction.

Last year, Rangsit University founded a research team to study pot’s use in medicine, and secured permission from the country’s narcotics-control board to create a cannabis-extract spray for cancer patients. In April, the university’s rector called on Thailand’s military leaders to legalize medical marijuana.