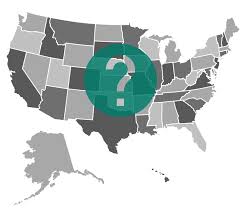 These 5 states will have weed-related ballot initiatives on Tuesday

“Tuesday’s midterm elections could make recreational marijuana legal in two more states. Voters who show up to the polls in Michigan and North Dakota on November 6 decide whether to green-light recreational use. If approved, the states will join nine others, plus Washington D.C., where recreational use is already legal — Washington, Oregon, Nevada, California, Colorado, Alaska, Vermont, Maine and Massachusetts.”

Less aggressive cannabis-related measures are at stake in Missouri, Utah and Ohio. And races in Florida and Kentucky, viewed by some as referendums on pot, could tip the likelihood of expanded legalization.

Michigan’s Hemp Legalization Initiative, or Proposal 1, would legalize recreational use for those 21 and older, yet leave it up to municipalities whether to keep recreational use illegal and ban or restrict commercial enterprise within their boundaries. If passed, the bill would permit industrial hemp production and let individuals grow up to 12 cannabis plants at a time. Public consumption would remain prohibited.

“On Florida’s November ballot, voters will have the chance to repeal a state constitutional provision that keeps alleged and convicted marijuana drug offenders on the hook, even if the state decriminalizes the drug. Amendment 11 would relax the current rule that says violators can still be prosecuted even if the state’s criminal statutes are amended. The governor’s race in Florida is also viewed by some as a referendum on recreational legalization.”

In Kentucky, marijuana use remains fully illegal, though both Republican and Democratic lawmakers are behind proposals for change. Republican state senator, Dan Seum, who led a legislative effort introducing SB 80 to legalize recreational cannabis beginning in January this year, is vying for reelection.