Home Marijuana And PTSD: Interview with A Marine

Marijuana And PTSD: Interview with A Marine 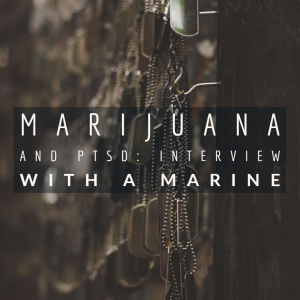 Cannaplayground would like you to meet Robert Richard Palombi, born November 26, 1993, who served in the Marines and treats his PTSD with Marijuana. 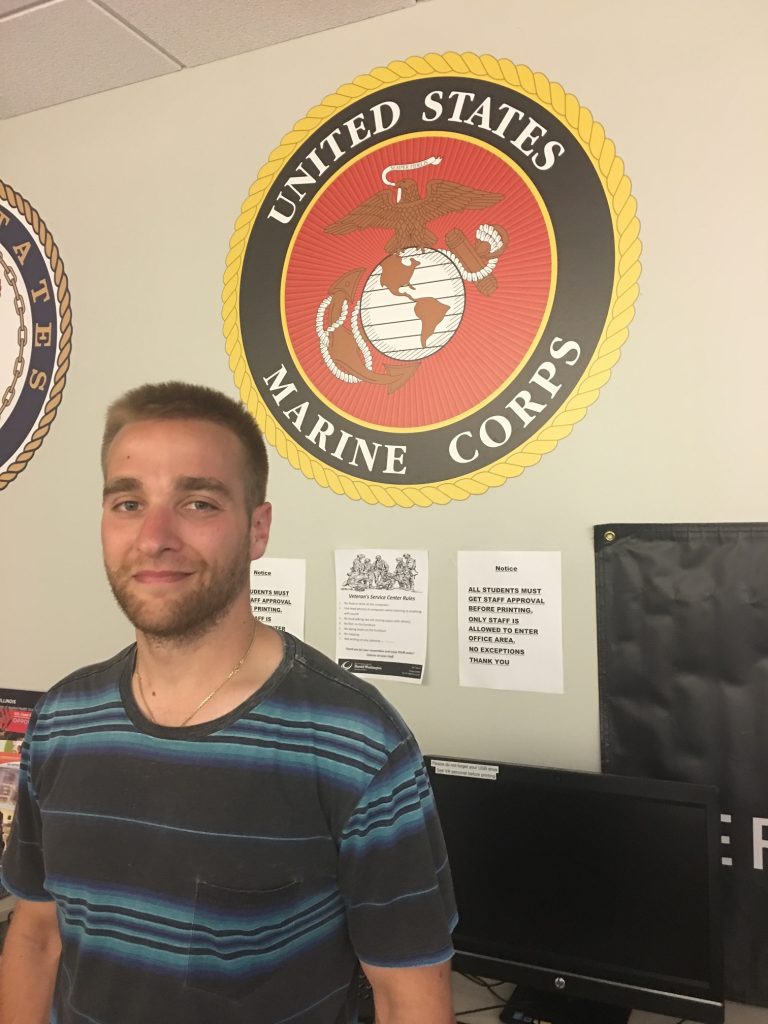 Robert has been living in Illinois since July 2018. His childhood and upbringing were beyond what anyone would call normal.

Growing up in a large house in Detroit (wait did I say large house?) retract, I meant to say, a large mansion.

His father owned a manufacturing company that built vehicles. His mother was a nurse who decided to stay at home and take care of her children, with Robert being the youngest out of eight children in his family.

Altogether, there was always something happening in their house. However, when he turned eight years old, life turned upside down: his mother died, and his father lost the manufacturing company.

After they lost their house, his brothers and sisters went separate ways. Soon everyone was shut down by the loss of the mother. Their father became a professor and worked at Art Van. Since he had so many kids, Robert’s father was always working. His oldest sister became the mother of the family. She eventually became a lawyer and started a family of her own. His second sister started a family of her own as well soon after. Andrea and Rebeca, the third and fourth oldest, respectively, work in Chicago. Elise just became a lawyer. Alexis works in the city as well, and Luis works for an insurance company.

Robert never left Detroit after the death of his mother. He ended up going to high school at Grosse Pointe North High. Right after he graduated around 19 years old, bouncing from Chicago to Detroit, he decided to join the Marines.

After graduating from boot camp, Robert went on to become a Recon Marine. His description of the course was described as incredibly difficult: he was recycled three times, meaning he failed once, got pneumonia once, and drowned twice. After being immersed, he woke up in the hospital twice, and has had stress fractures over his shins, hips, lower back, and left knee.

Overall, it should have taken seven months to graduate, but since he got injured twice, he was sent back to start over and added about five to six more months of training. Despite being injured and having to start over, Robert never accepted defeat and soon graduated.

Soon after, Robert became employed to the southern part of Syria toward Damascus as a recon Marine.

CANNAPLAYGROUND: When I asked what his job consisted of, he said:

“The funny thing is, you always get asked about it. There are plenty of things that you could do. You literally could do reconnaissance on a fucking building — you’d be sitting in the bush for days on end just be watching a building. Or you could be raiding the building. I got to do a couple of different things and I got to do a lot of watching. We got to do a few raids, and we did patrols as well.”

Robert eventually got out of the military at the age of 24. His first couple of years out of the military were difficult, and he mentioned that he was having trouble adjusting. His family and friends were very supportive, and he eventually did try to find some help. One of his best friends asked him to move in with him in Dallas to help him get away from all the negativity in his life. Once he found himself in a better place, he moved to Chicago with his third oldest sister (wanting to be closer to his family). He’s currently preparing for graduation to receive his associate’s degree, at Harold Washington after the fall. He does volunteer work as well while in the school, including volunteering as an EMT. He also uses a website called vounleteer.org and tries to help out whenever he has free time.

CANNAPLAYGROUND: Can you convey the first time you smoked cannabis, and what was your experience?

Soon after a year of thinking I was doing it right, I tried inhaling and wound up ripped. I recall the first incident of being high and ending up on a roof. I told myself, ‘this is bad,’ yet it all turned out  fine.”

CANNAPLAYGROUND: So eventually you came back to your senses, and for that entire year, you didn’t inhale?

“Yeah, I was just a stupid kid on the top of my parent’s roof with friends skipping school.”

CANNAPLAYGROUND: That’s so funny. So do you use cannabis medically or recreationally now?

“You could say it’s medically used for sleep, but then again I’d say it’s personal too.”

CANNAPLAYGROUND: So how does it help you, medically?

“I think it helps me sleep more than anything. You know, you can’t get to sleep. Then when you do, you wake up from all the shit that, you know. PTSD”

CANNAPLAYGROUND: The stuff you lived through

“Yeah, and then you can’t go back to bed after that. Unless you have something. I used to drink a lot to help me go to bed.”

CANNAPLAYGROUND: Do you still drink as much?

“I barely drink now. Marijuana helps with my PTSD.”

CANNAPLAYGROUND: (To further explain and as a combat veteran myself — and this is coming with three years working with the Illinois Department of Veterans Affairs and talking to so many veterans while being a Vice Commander at a VFW post in Chicago — when you don’t sleep, and especially when you’re in the military, your experiences follow you long after you get out. Some nightmares keep you up, and you become afraid to go back to bed because of them. Suffering from a continued lack of sleep can take a significant toll on a person’s mental health.)

CANNAPLAYGROUND: Are there any adverse side effects with your marijuana use?

“I overdo it. If I do it around eight in the morning — I shouldn’t be doing it that early, anyway. So if I smoke early, I get lazy. But I’ve tried different strains like Sativas in the morning. It does affect me differently, but I’m still not as energetic throughout the day. So typically I try to smoke at night when I’m done with everything, to go to bed, or if I know, I have a day off. I’ll get high and ride my bike.”

CANNAPLAYGROUND: Can I ask you a personal question?

CANNAPLAYGROUND: You’ve seen your share of the military. Do you ever feel distraught?

“People ask me what’s wrong all the time, and I say I’m tired. I’m tired of all of it. There’s nothing to do but to keep going and overcome the PTSD, I guess.”

CANNAPLAYGROUND: Do you ever feel like you don’t have real goals or a purpose?

CANNAPLAYGROUND: I’ll tell you right now; it takes a lot of courage to say all that out loud and to ask for help. I mean, we were trained to be a certain way. When we get out of the military, we got the stigma of, ‘fuck that, I can’t ask for help.’ I might be talking out loud.

“No, no. You’re talking for all of us. Talking about this has been helpful. My friends and family are afraid to ask; I never talk about it.”

CANNAPLAYGROUND: Do you take anything, in addition, to help with your symptoms?

“Once in a while, I’ll take a sleeping pill or just an anti-anxiety pill. Generally, I only take those if I’m not doing anything else, you know? Like not smoking, not drinking anything. To chill me out.”

CANNAPLAYGROUND: How often do you smoke?

“Too much. Probably two to three times a day. I usually use oil cartridges. I don’t like going outside, but I can smoke it in my apartment without making the whole house smell.”

CANNAPLAYGROUND: Have you ever tried CBD oil?

“I’ve meant to try it. I heard it can help me with my sleep and anxiety without having the mental high.”

CANNAPLAYGROUND:  What’s your opinion on the decriminalization in Illinois for the use of Medical Marijuana in treating PTSD, and do you have any opinions on how it should be regulated?

“I think it’s overdue everywhere. I don’t see a reason not to. It’s as if attempting to settle a stupid argument. As long as it’s not hurting anyone, why even argue? Why is alcohol legal? It should be regulated, similar to driving, and I don’t feel those who are inebriated should drive. I’m perfectly capable of driving under the influence. Most people are foolish, and this is why I don’t trust most people. My tolerance levels are significantly high now, so I don’t have any trouble driving.”

CANNAPLAYGROUND: Do you know anyone caught? What were the repercussions of what happened? 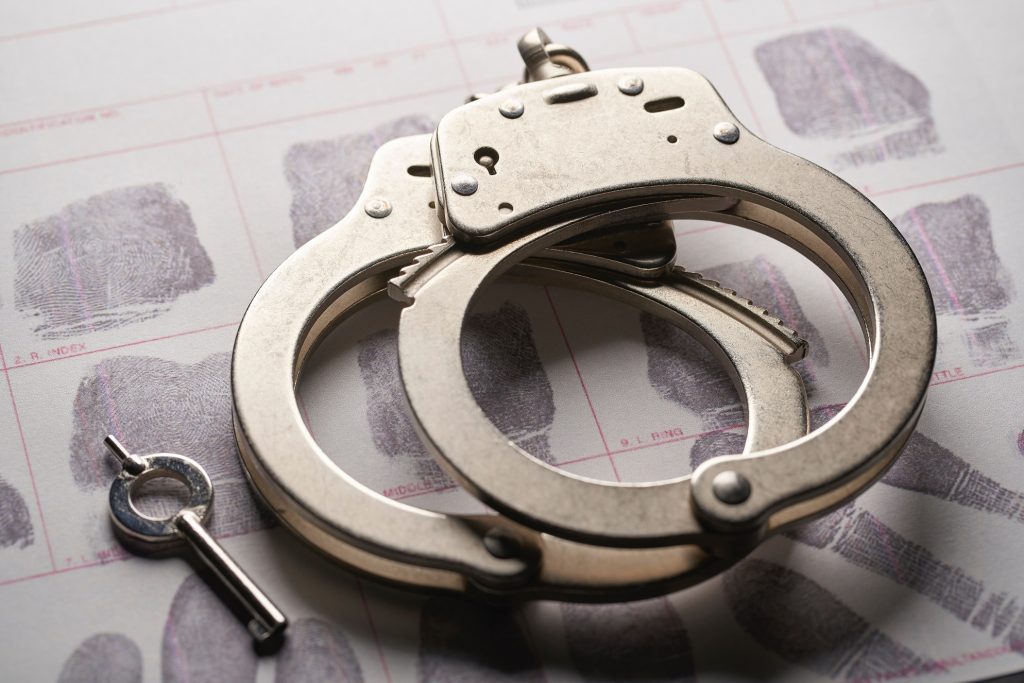 “I know some people got put on probation for a while. That was a long time ago, in high school.”

CANNAPLAYGROUND: Ok, so from a scale of 1 to 10, how informed do you feel about marijuana laws in Illinois?

“I have no idea. I was wondering what the laws were the other day.”

CANNAPLAYGROUND: Anything you want to say to the public, friends, family, veterans?

“I mean, you seem to have covered everything pretty well. I think my family, my friends — that’s a little cliche. But yeah, they’ve always been there when they shouldn’t have been.”

CANNAPLAYGROUND: Robert, thank you for your service first and foremost. Never stop believing in yourself. To quit is just not in your nature.