Home Who Is The Young Weed Mogul?

Who Is The Young Weed Mogul? 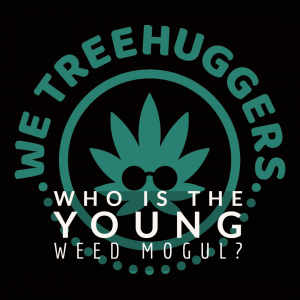 Cannaplayground met up with Jonathan Jones, who has lived in Chicago all his life. Roseline, specifically — one of the least economically active parts of the city.

Attending Western Illinois University, growing up, he lived with an older brother and a younger sister. His mother would go around colleges doing performance poetry. Additionally, his mother would then teach her children about the arts, making them read books regularly and perform poetry. Concurrently, Jonathan would perform in oratory competitions and churches around Chicago.

Another critical point, Jonathan recalls his first paid performance for Cheryl Burton’s grandmother.  He remembers getting paid $50 for his first performance.

Important to realize, Jonathan is very proud of this feat at seven years old. While growing up with hardships all-around, it was Jonathan’s mother who created a positive environment for her kids. Jonathan made a point, saying, “it was rough growing up on the south side, but my mother showed me how to be kind and how to respect others. My mom made it the best.”

CANNAPLAYGROUND: Can you relay the first time you smoked cannabis?

Jonathan Jones:  “I did not become a cannabis enthusiast until I was much older than a lot of people. When I started, I was around 23 or 24. I was working as a summer school teacher.”

“I was actually at a party with a few co-workers and a doctor friend of mine. He had a few of his doctor co-workers with him, and several of them, you know, they start smoking! At that moment in life, I just wasn’t into it at all. It just wasn’t something that I was into, because of the negative stigma that has been passed down on to me from earlier generations in my family.

“So I had a negative stigma attached to it, but watching these professionals that I respected and knew personally. I knew they were good people. I just got curious. I’m like, ‘so why are you guys doing this? You know, like, I heard that you know, marijuana was for losers, to be honest.’ That’s not the case. They said, ‘you know, do your research. Figure it out for yourself. Try for yourself.’ And I did, and I fell in love. I was 24.”

CANNAPLAYGROUND: So when you do use it, what does it feel like to you?

“I think it’s tough to describe, but I think the thing that brought me in and kept me in… its enhancements I would say. These are the  3 things. It helped me sleep throughout my life. I’ve always had a real struggle, sleeping and staying asleep, which I appreciate because I toss and turn at night. It changed my ability to go to sleep. Just being able to be comfortable sleeping — it’s like a night and day difference. Recreationally, it enhances the music for me. Music is a love of mine. I listen to it probably 60 percent of the day if I’m not working. So that was a big draw-in factor for me. The music, man, the music.”

Have you ever tried CBD oil?

“I don’t use CBD, but I am interested in the medical uses with the research I’ve done. It helps with joints and recovery time with muscles in regards to working out.”

CANNAPLAYGROUND: How often do you smoke?

“Probably twice a day. Well, I use Indicas at night and Sativas during the day. I only smoke, though. I don’t take edibles, or vape, or anything.”

CANNAPLAYGROUND: Do you take any other medication?

“I don’t take any medication. I don’t even like to take ibuprofen or even a Tylenol for pain.”

CANNAPLAYGROUND: Can you describe any adverse side effects from your cannabis use?

“I would say my cardiovascular system can be affected. Sometimes I do tell myself I need to take a break.”

CANNAPLAYGROUND: How do you feel about the decriminalization?

“I love it. I’m all for it. I believe it will do wonders for the city as far as our revenue goes. Decriminalization, I think, is going to allow a lot of our citizens to move forward with our lives.  By being able to find gainful employment, keep gainful employment, and not be worried about losing our jobs. Going to jail or not being able to get a job because you went to jail in the past because of a cannabis infraction is ridiculous. So I’m all for it. I think it’s going to be very positive.”

CANNAPLAYGROUND: Are you ever afraid of the law?

CANNAPLAYGROUND: How informed do you feel about marijuana laws from a scale of 1-10, with ten being the best?

“I feel as though I need to have to review the new changes that are about to happen. Since everything is changing, so right now I would say a 7.”

CANNAPLAYGROUND: What is the name of your business?

CANNAPLAYGROUND: How did that come to be?

“I started with three others, I would say late 2016. Officially we launched on Instagram first, and that was like February of 2017. So when we started, it just started with our comic strip. It’s a culture. That’s what we’re aiming to build. What we want to do ultimately is bring tree huggers together.

“We want to build an active community of people who are cannabis enthusiasts who would not have interacted in the past. That’s the community that we’re building.

“So to do what we want, we have to engage in a lot of different fronts. Our characters are mascots to the brand. ‘Indy,’ an Indica plant, is the owner of a cannabis shop… along with her friends ‘Shag,’ a tobacco leaf, and ‘Doob,’ a marijuana joint. We post on Instagram all the time. We have new strips that we’re working on right now, a new season of pieces. It’ building up momentum. As we started to realize that people were liking what we were doing, then we moved into products.”

CANNAPLAYGROUND: Interestingly enough, Jonathan knew that night he wanted to get into the industry. He explained

“The night that I was just like, ‘you know what? I don’t care what I have to do, but I’m going to do it,’ was the same night that I believe Donald Trump got elected. About seven states changed their laws that same night. Whether they were recreational or medical, they were changed. I think it was that night that I just decided like, ‘this is coming whether you like it or not so just do it.’ I told myself, ‘in two or three years when everybody’s legalizing marijuana, then you’re going to have 50 companies trying to jump in the game, and if I start now, then people will know that you’re serious about this.’”

CANNAPLAYGROUND: You’ve been contemplating the matter for a long time, and you’re not just doing it just because it’s the favorite thing to do right now.

CANNAPLAYGROUND: You know, I agree with you there. That’s what made me want to reach out to you guys, you know? He’s on it, and it’s a perfect time to do it I said. I told myself,something there is going on.

CANNAPLAYGROUND: So what type of products do you have?

“Our first product was our papers. We started with the king size. Now we have our smaller one. It took a lot of research because at first, I didn’t know what to do. I just knew I wanted to do it. So we have our rolling tips to go with our papers. You see, they go in like filter tips. What’s popular right now is our fanny packs. They are going crazy. Those are popular in the city. Outside of that, we have our T-shirts, dab tools, hemp papers, pins, and flags.

What does the future hold?

“I want to focus on two things: I want to have a physical copy of our comic books in a dispensary. ”

“I want to make blunt hemp wraps, basically cone-shaped ones made out of hemp. Things are going good. We have a conference coming up in June called CannaCon and taking place on June 21st and the 22nd in Detroit. We will be there for our first huge conference. I’m looking forward to that. That should be pretty cool.”

CANNAPLAYGROUND: Hey, Jonathan, it was terrific talking to you, but is there anything you would like to say to the public?

“First I want to congratulate Illinois for passing its recreational bill. We made history! I saw it coming, but it’s a blessing to see it finally pass. We Tree Huggers are looking to build a community. We want to create a safe space where we can vibe and feed off each others energy. That’s the dream right there.”

CANNAPLAYGROUND: I have to mention that Jonathan and I met at Ronnie’s Steakhouse. He had the chicken fingers, and I had the rib tips. It was delicious.