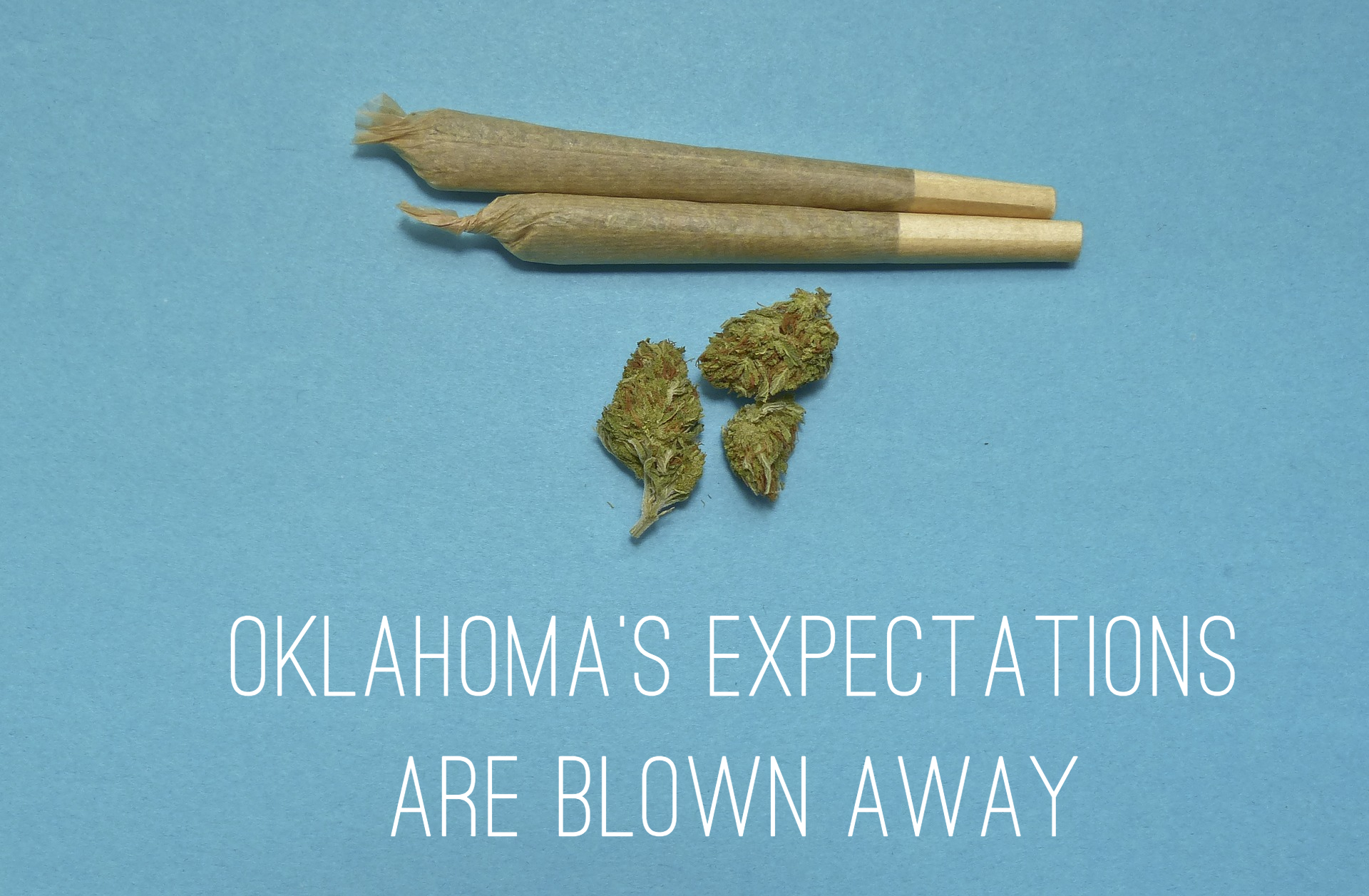 A year since Oklahoma became the 30th state to legalize medical marijuana, applications have skyrocketed. Data shows high demand after the original estimation proved to be dramatically low.

Last year, when State Question 788 passed with 57% approval, experts believed there would be around 80,000 applications in the first year, about 2% of the state population. One year later, we can see that guess was extremely underestimated. The official number of applications submitted in Oklahoma is 198,917, with only 12,159 of those applications being denied.

Here is a breakdown of all the approved applicants by category, according to the Oklahoma Medical Marijuana Authority:

This unexpected burst comes from the state’s lack of requirement to provide a qualifying medical condition.  For most states, a patient must have a qualifying reason to obtain a medical marijuana card. Another reason why there have been so many applicants is that the state also opened new stand-alone applications for transporters. These permits are usually given only to licensed growers, processors or dispensaries.

“We looked at different states’ (registration numbers) and what they were saying,” OMMA Director Adrienne Rollins said, addressing where the original 80,000 number came from. “But from that background of trying to do research, our high estimate of 150,000 wasn’t even close, so I have been really shocked by that”

These numbers mean a lot for Oklahoma. First, it means more than 6,500 commercial business licenses were issued. Although recreational use is still not permitted within the state, thousands of dollars from sales tax is coming from medical patients alone.

Oklahoma has seen a 63% increase in sales tax continuously since the legalization. In the first month after legalization, Oklahoma collected nearly $1,300 in sales tax, according to the Oklahoma Tax Commission. A year later, the state has collected more than $2.1 million in sales tax in June alone.

“On the business side, I think we were around 5,000 max,” Rollins said. “There are a lot of growers. That was interesting to us to see how many growers and how they’re really everywhere in Oklahoma. It’s really widespread.”

Oklahoma is expected to continue to embrace the upcoming cannabis culture that is taking over the country. The state is expected to release stricter measures regarding package labeling, waste management, product testing, and seed-to-sale tracking by the end of the year. Hopefully, these results and other recent legalizations (such as Kentucky) can continue to persuade the rest of the midwest to join the nationwide push to legalize marijuana.