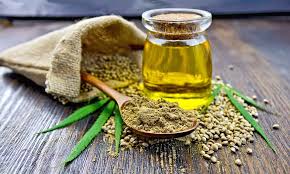 As of November 1st, the British government added cannabis as one of the medicinal drugs for patients but under prescription from specialized doctors.

In a statement that was declared by the home office, Cannabis campaigners lured the government to consider cannabis as a class A substance thus being defined non-medicinal nor therapeutic value due to the uproar of the public from the confiscation of cannabis from epileptic children.

“Sajid Javid’s appointment as home secretary in April appears to have instigated a change. Javid listened to concerns from parents of children with conditions such as severe epilepsy and called for an urgent review of cannabis-based medicinal products, according to the UK government.”

“One of the primary components of cannabis, Cannabidiol (also known as CBD), has been shown to have an anti-epileptic effect. Users report a significant reduction in the number and frequency of seizures.”

“Neurophysician Dr Mike Barnes, who specializes in brain rehabilitation and publicly extols the potential applications for cannabis, says CBD works by interacting with the innate network of endocannabinoid neurotransmitters in the brain.”

Carly Jayne Barton, 32, campaigns for legal access to cannabis as deputy director of the United Patients Alliance, an advocacy group that states on its website, “we believe that no one should be criminalized for trying to be well.”

The UK Medicines and Healthcare Products Regulatory Agency will make the full plant or “flower” available on prescription, not merely extracts in pill or liquid form.

Bedrocan Nederland, which produces pharmaceutical-grade medicinal cannabis commissioned by the Dutch government, will become the first to market cannabis in the UK.

Scientists hope that the legislative change will make clinical research of the substance clearer, friendly and available to the public.